Multi Theft Auto uses a modular platform to separate several facilities such as the GUI, network, game and scripting code and loads these into the game instead of injecting code into its memory process. This improves stability, speed and allows a better file management. Also uses the freeware CEGUI system, allowing Multi Theft Auto to draw its own widgets for any in-game user interaction such as the server-browser and allows scripting from any third-party resource. 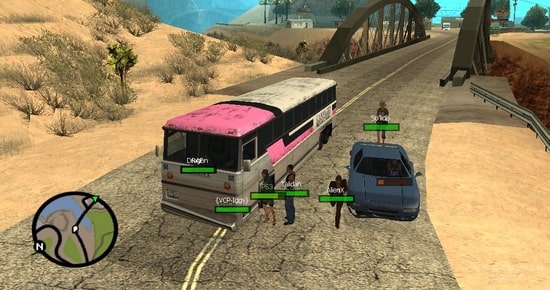 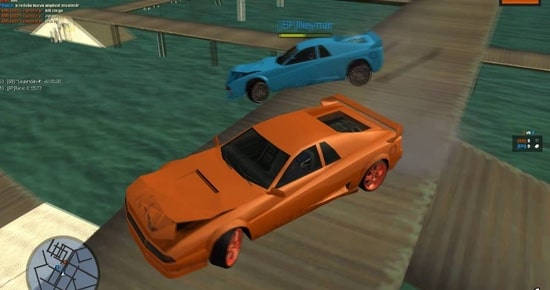 Deathmatch, roleplay and race gameplay options are available. Some gameplay elements include checkpoints, spawn points, power-ups, weapons and various objects ranging from ramps to exploding barrels. Many online servers contain custom game modes which use the scripting engine supplied with Multi Theft Auto. As example a few game modes in MTA:SA like Freeroam, where players can roam free in San Andreas all across the map, or competitive game-modes like Race, Destruction/Demolition Derby, Team Deathmatch, and Fallout, where players spawn their characters in the air, on a platform of glass plates, which will suddenly fall down after indicating it, where the players have to jump from a falling piece to an intact one, and the last surviving player wins. The principle of Fallout is similar to Hay, where players have to climb and be on top of a haystack first. The last modes also indicates how many game modes and scripts are possible to create on the MTA scripting engine, with endless possibilities and variation.